N is a very nice 42 year old lady. She came to see me mainly because of the protuberant belly that persisted since childbirth. She is a mother of three. Since her last child was born, her abdomen never shrunk back. She complains that even after many years, she still looks like 6 months pregnant. On exam, she actually did not have a lot of subcutaneous fat, her large belly was mainly from the separation of muscles from multiple large pregnancies. To give her the best result possible, only a very small amount of body liposuction was done and surgery was focused on repairing the separated muscle underneath.

Dr. Lao is an excellent plastic surgeon, due not only to his surgical skills but also his caring nature. He has to be one of the most attentive doctors I have ever run into, calling me on a regular basis to see how I was feeling. I could not be happier with my abdominoplasty results. I look and feel amazing for the first time in years! Z is a 33 year-old mother whose abdomen could not return to her pre pregancy state. After consultation, abdominoplasty was performed in conjunction with umbilical hernia repair, left accessory breast tissue removal and body liposuction. Her incision is well hidden and her stretch marks in the lower abdomen were removed. N is a mother of two and was referred to me through her friends. She was most concerned about her protuberant belly. She has tried exercises and diet but was unable to reach the body shape she wanted. To repair both the muscle separation and give her the flat abdomen she wanted, abdominoplasty with a focus on body liposuction was done. 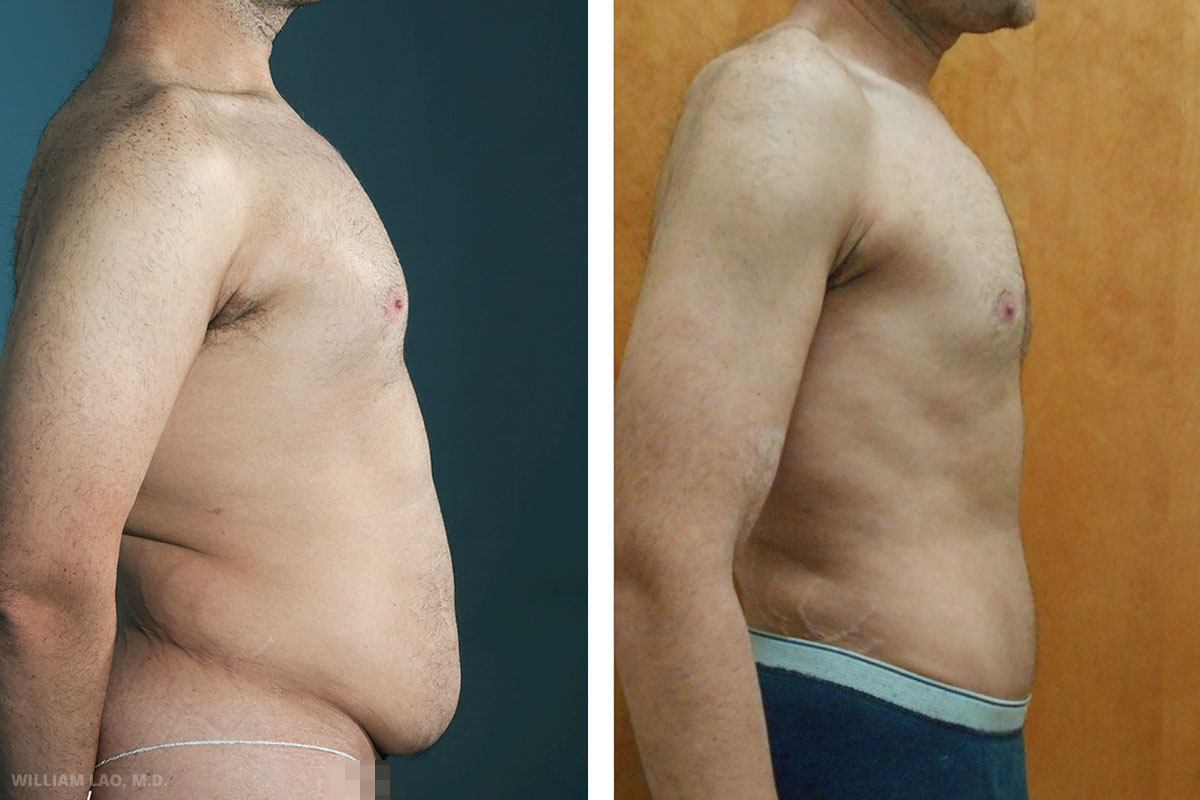 S is a physician himself. He had gone through cycles of weight gain and weight loss in the past 10 years. This has caused him tremendous mental distress because of the body image he hoped to obtain. After considering all the surgical options and his current condition and goal, liposuction with abdominoplasty was done. P is a mother of two. She would like to regain her pre-pregnancy body shape and wear her bikini again. Liposuction and abdominoplasty with a low bikini line incision was designed for her. She was very happy with her result and quickly got tanned from the beach after surgery! N came to see me mainly because of the protuberant belly that persisted since childbirth. She complains that she still looks like 6 months pregnant. On exam, her large belly was mainly from the separation of muscles from multiple large pregnancies. To give her the best result possible, only a very small amount of body liposuction was done and surgery was focused on repairing the separated muscle underneath. W works as a nurse in New York. She moved to the USA from Taiwan many years ago. She came to me for desire of having a youthful abdomen body back. Her main complaint is the wrinkled abdomen and the lack of waistline curve. Y came to my clinic with the main concern of a bad scar from her previous C section. Her C section scar was obliquely orientated and resulted in a fatty roll hanging over the scar. She also had a small umbilical hernia found on physical exam. Her scar line was shifted to be hidden under her underwear, extra fat roll was removed and her umbilical hernia was repaired at the same time.