J came in with a chief complaint of droopy brow and wrinkled forehead. She would like to get rid of the heavy brow appearance with minimal scar. Endoscopic forehead lift was done to lift her brow and also rid of the glabella wrinkles. Dr. Lao’s attention to my hopes for an improved appearance resulted in just the outcomes I desired. I asked for a forehead lift which he executed beautifully. At his suggestion, I also received an eyelid enhancement wherein the area was refreshed with fat from my abdomen to create a more youthful appearance. The results are amazing.

Further, he went above and beyond when I hit a snag in arranging for post procedural care and helped me arrange for a home attendant. His care was thorough, thoughtful and sensitive to my individual needs. I highly recommend his services. F was introduced to my clinic by his wife for evaluation of eyelid and brow rejuvenation. He was constantly bothered by the angry and aged appearance of his eyes. He constantly felt he had to forcefully use his forehead to elevate his brow and he had problems seeing the upper half of his visual field. Notice the difference between his brow and eyelid position before and after surgery. He not only can see better but also looks happier.

J came in with a chief complaint of droopy brow and wrinkled forehead. She would like to get rid of the heavy brow appearance with minimal scar. Endoscopic forehead lift was done to lift her brow and also rid of the glabella wrinkles.

B came in with a chief complain of asymmetrical brow. She had suffered injury to the left brow many years ago and it always stayed low in position compared to the right. Surgery was done endoscopically to lift her left eyebrow and fat grafting was done to improve the sunken appearance of her eyes. Notice the improvement in brow asymmetry when she raises her eyebrow and the fuller appearance especially in the right eye socket.

W came in with concerns for her forehead and glabella wrinkles and the heavy appearance of her brow. After consultation, browlift with forehead lift were done to decrease the wrinkles. Lower blepharoplasty was also done at the same time to improve her eyebag appearance and remove the excess skin. 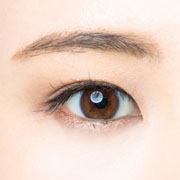 Every Procedure should be tailored to the individual. Come in for a consultation and find an approach unique for you.